How many yoga postures are there? 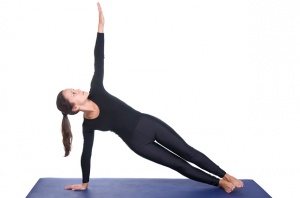 How long is a piece of string? This could be a suitable answer to the question: how many yoga poses are there? Perhaps more importantly do we need really need to know how many yoga asanas exist? Does it have any bearing on our weekly practice?

There will always be more to learn so the question could be, how many do I need to know?

There is one figure which pops up more often than any other in answer to this question – 84 – there are 84 classic asanas.

It is said that when Lord Shiva (the Hindu god who is regarded as the God of Yoga) taught yoga he described 84 postures.

The earliest yoga text, written more than 4,000 years ago, the Yoga Sutras by Patanjali, does not mention these 84 postures nor does it describe any postures, but the text advises us how to approach the practice – our intentions being more important than individual postures.

In the 11th century Goraksha Samhita, one of the early texts about hatha yoga, describes the 84 postures in relation to there being 8,400,000. Though this text only goes on to describe in detail two postures, siddhasana and padmasana which are seated postures designed for meditation – highlighting that whatever you do in practice meditation is the end point.

The 15th century text Hatha Yoga Pradipika mentions the 84 postures but also focuses on the seated meditation postures and our approach to practice.

And then later, in the 17th the Gheranda Samhita talks first about the 8,400,000 postures, and then the 84 postures as important, and it goes on to reduce the number down to 32 postures as “useful to the world of mortals”.

But who counted the 8,400,000 postures? This figure is better understood when noting that the Indian numbering system uses a number called a lakh, which equals 100,000. So 8,400,000 equals 84 lakhs of postures. A lakh is a large figure, so if you want emphasise the huge size of what you are describing, you would use multiples of a lakh – or in other words, instead of saying there are loads of postures, there are lakhs of postures, or 84 lakhs in this case. Hence there are 8,400,000 yoga asanas.

But this number has a metaphorical connotation. The number 84 in south Asia is a metaphor for infinity: so loads of postures becomes infinitely loads of yoga asanas: that is, 84 lakhs.

How do I fit an infinite number of postures into my weekly routine let alone my life? This is why the above text listed 32 postures as good for mortals, and why if you look through most of the modern practice there are this sort of number of postures in a sequence depending on the practice.

BKS Iyengar’s classic book Light on Yoga has more than 200 postures to learn, but not in one sequence but he does offer a list of different courses of postures at the back. I used this book while travelling and learning the practice to guide me.

In the Ashtanga Vinyasa sequences by Patttabhi Jois the primary series has about 41 asanas (depending on how you count the variations of each pose in the series) with the sun salutation and finishing sequence either side. There are also 6 series in the practice thought most people only ever practice the first series and maybe the second.

At my weekly classes I follow the principle of sequencing (vinyasa) starting with the warm up sun salutation, followed by a template that includes the major groups of asanas – standing (lateral, forward-bending, balancing), seated forward bends, seated twists, seated hip openers, backbends and strengtheners, and inversions (this group is not included every week and depends on level of group). I would include at least one from each group and each week include more from one or more of the groups – a rotation over a 4 or 5-week cycle. In a similar way when practising a short practice at home I would do one from each of these groups so that I feel balanced by the end of the session.

This is because as mentioned at the beginning the earliest texts described the simple meditation seated postures as most important, because as the saying “all paths lead to Rome” all yoga asanas lead us to meditation and stillness (read last week’s blog about stillness – https://www.yogabristol.co.uk/2017/01/09/reasons-to-be-still/ ).

The Indian government lists on a database, Traditional Knowledge Digital Library, all known yoga asanas and so far the list includes 900 asanas. The database came about because the government wanted to make sure that yoga asanas remained in the public domain as freely available ancient practice after some greedy people tried to patent their postures as theirs and only theirs! (read: https://www.yogabristol.co.uk/2015/10/12/bikram-loses-legal-fight-to-copyright-poses/ )

So how many postures are there? Infinitely loads it appears and whether or not we explore as many as possible (as I did in the early years of practice) or are satisfied with a practice that supports a balanced life is our choice. It depends on how long your piece of string is!

Feel free to share this blog with others, and any thoughts, questions or comments contact me via the blog reply panel below or email me gary@yogabristol.co.uk