How many yogas are there? 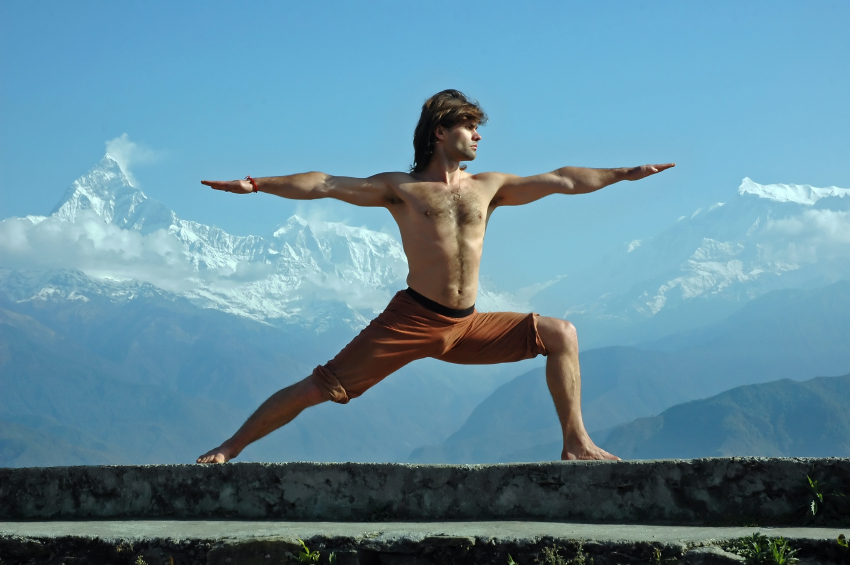 These days you would think there are hundreds of types of yoga? A common question is, “what type of yoga do you teach”? An important question because it does look like there are so many different types or are they all the same but just labelled differently?

In many ways it is the latter, it is the same product just different label and with a slightly different flavour. That’s our modern world. Repackage it, relaunch it and make more profit!

If I look through the internet I find all types of yoga and funky names for the practice, each one claiming to be something special or different. You can find Iyengar yoga, Ashtanga Vinyasa yoga, Hot yoga, Hatha yoga, Happy yoga, Smiling Yoga, Elbow yoga, Tree yoga but rarely Confusing yoga … you name it someone has labelled it! And this is missing the point and leaving prospective students stuck in the wood unable to see the trees.

Buried among the list above (which of course some names are made up!) is the name Hatha yoga. Simply put: all types of yoga which involve the use of physical exercises on a yoga mat and breathing exercises is part of the practices called Hatha yoga.

Another incorrect label is that Hatha yoga is a form of gentle yoga, but as the above styles of yoga are part of hatha yoga then we can see how some can be very physical like Ashtanga Vinyasa.

There are several explanations for Hatha: one refers to the practice of being about rigorous discipline, while another describes the word itself is made up of the words Ha and Tha which refer to the sun and moon, and this metaphorically is directing us to find balance within ourselves, our left and right, our masculine and feminine sides, and so on. And in truth hatha yoga is both of the above, it is both demands discipline and it also guides us to a sense of balance.

The word yoga refers to union, so by combining Hatha and Yoga we have a practice which seeks to bring us into union and balance with ourselves (our inner health both physically and spiritually) and with the world and universe around us, through the practice of a rigorous and regular routine – and as many of you will have noticed, practising yoga does take a lot of effort and discipline to keep it going. Nothing comes for free as they say.

Back to the huge number of names for yoga – I take the traditional view that the practice does not need extra names for yoga; I teach hatha yoga, and if asked I explain that I teach based on the anatomical details of Iyengar, the flow of Ashtanga Vinyasa, plus the influence of Buddhist meditation (the Buddha started out practising hatha yoga before he developed his particular type of teaching).  The rest of how I teach is based upon my personal journey with this practice and what I have learnt along the way.

Each teacher is influenced by those who taught them and what they have experience themselves, and this is what the student needs to seek out – the style which suits them. A class varies in content – the number and types of asanas (postures), the use of breathing and pranayamas (breathing exercises), the meditation teaching and so on. But it is all hatha yoga.

The word yoga has been added to other practices – different countries with no connection to India’s yoga; or to the gym and its exercises, but these are not traditional yoga practices… so no need to say anymore!

The original text about hatha yoga is called Hatha Yoga Pradipika, written in the 15th century by Yoga Swami Svatmarama. It contains 390 verses; of which about 40 deal with asanas, about 110 talk about pranayama, 150 about mudras, bandhas, shatkarmas, and the rest touch upon the topics of pratyahara, dharana, dhyana and samadhi. Note that the asanas (postures) section is the smallest, with the breathing and meditational training being more important.

The text basically focusses on the first four parts of Patanjali’s Yoga sutras, written about 2,000 years ago. This text is seen as the source of yoga.
The yoga sutras have eight parts or limbs, ashtanga in Sanskrit, with the first parts being about the external practice: yamas and niyamas which are the ethical guidelines on how to live, such as, don’t kill or steal, and personal attributes such as cleanliness (purity), contentment and study; with the 3rd being asanas (postures) and 4th pranayamas (breathing exercises). The last half describes our inner journey with yoga: pratyahara (withdrawal of senses or focussing), dharana (concentration), dhyana (meditation) and samadhi (absorption or oneness).

This is where I say I am a traditional style of teacher because I adhere to Patanjali’s teachings, irrespective of who taught me which kind of practice, they all were following the guidelines set out by Patanjali. For example, in my classes there is lot of time devoted to the physical exercises, or so it appears because, there are times in the class when I would highlight that although we are learning an exercise the main thrust of what I am teaching is the ability to concentrate and quieten to the mind as a result – and above all.. to breathe.

In fact, the second line of Patanjali’s sutras describes yoga as being the cessation (or controlling) of the fluctuations of the mind – there is no reference here to a posture…it is about our mind.

This is just an overview of this topic: other chapters of my Inside Yoga chapters cover individual aspects mentioned above in more detail – have a browse and read more.
This article did not mention the yogas: Raja, Karma, Jnana, Bhakti…. these are related but not exactly the same, with hatha yoga sometimes seen as part of raja yoga.

Any thoughts, questions or comments do contact me via the reply panel or email me gary@yogabristol.co.uk

[…] This is just an overview of this topic: other chapters of my Inside Yoga chapters cover individual aspects mentioned above in more detail – have a browse and read more. This article did not mention the yogas: Raja, Karma, Jnana, Bhakti…. Nada yoga these are related but not exactly the same, with hatha yoga sometimes seen as part of raja yoga. Site: https://www.yogabristol.co.uk/2016/09/19/how-many-yogas-are-there/ […]