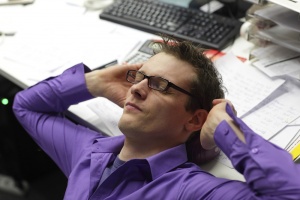 Last week I wrote an article about sleep and why it is so important to our health and daily life; this is a follow up which highlights the way our use of social media is reducing the amount of sleep we get.

A major study into adolescent sleep habits warns that teenagers in the UK are putting their health and education at risk by spending too much time on social media at bedtime. But before we read this and think not my concern, this is relevant for adults as well, we might also be damaging our sleep patterns through too much activity in the evening on our gadgets.

According to the report, the average teenager spent one to three hours on social media every day. A third, mostly boys, spent less than an hour a day on the sites. Social media use was classed as “high” for 14 per cent who were on for three to five hours, and “very high” for 21 per cent who were on for five or more hours. Girls were far more likely than boys to be heavy users, with 28 per cent in the five hours plus group compared with only 14 per cent of boys.

Holly Scott of the University of Glasgow, first author of the study, said: “We found that teenagers who spent more time using social media were more likely to fall asleep late on school nights. Although they also tended to wake up later, school start times meant they still were unlikely to get the hours of sleep they need on school nights.”

“There is clear evidence that lack of sleep is related to physical and psychological issues,” said Bob Patton, a lecturer in clinical psychology at the University of Surrey. “The disturbed sleep experienced by those using social media for five or more hours a day will compound this further.”

Whatever the figures tell us, we are aware that social media dominates many people’s lives, especially teenagers, but I suspect we are all caught in this addictive activity, with many of us unaware of how much we spend on our gadgets.

It is a wake-up call, excuse the pun please, to be aware of what we are doing, and if parents, what our children are doing, and set some limits on when and how much, especially at night.
For example, do not take our phones, tablets, computers to the bedroom, because the bedroom is for sleeping, but a good book is allowed! I am aware that many TV shows and films show this as a normal way of living, but we don’t have to copy what we see.

We do not need our phone to be our alarm clock, buy an alarm clock to do this job (cheap ones are available).

As bedtime approaches, switch off the tech in plenty of time to wind down, especially the screens which emit blue light, as this light stimulates the parts of the brain which keep us awake.

And once in bedroom, if restless, once lights are out, practice some mindfulness of the breathing as a way of getting ready to sleep: while lying down of course!

Treat sleep with the respect it deserves.

Let me know what you think. See reply panel below or email me, gary@yogabristol.co.uk